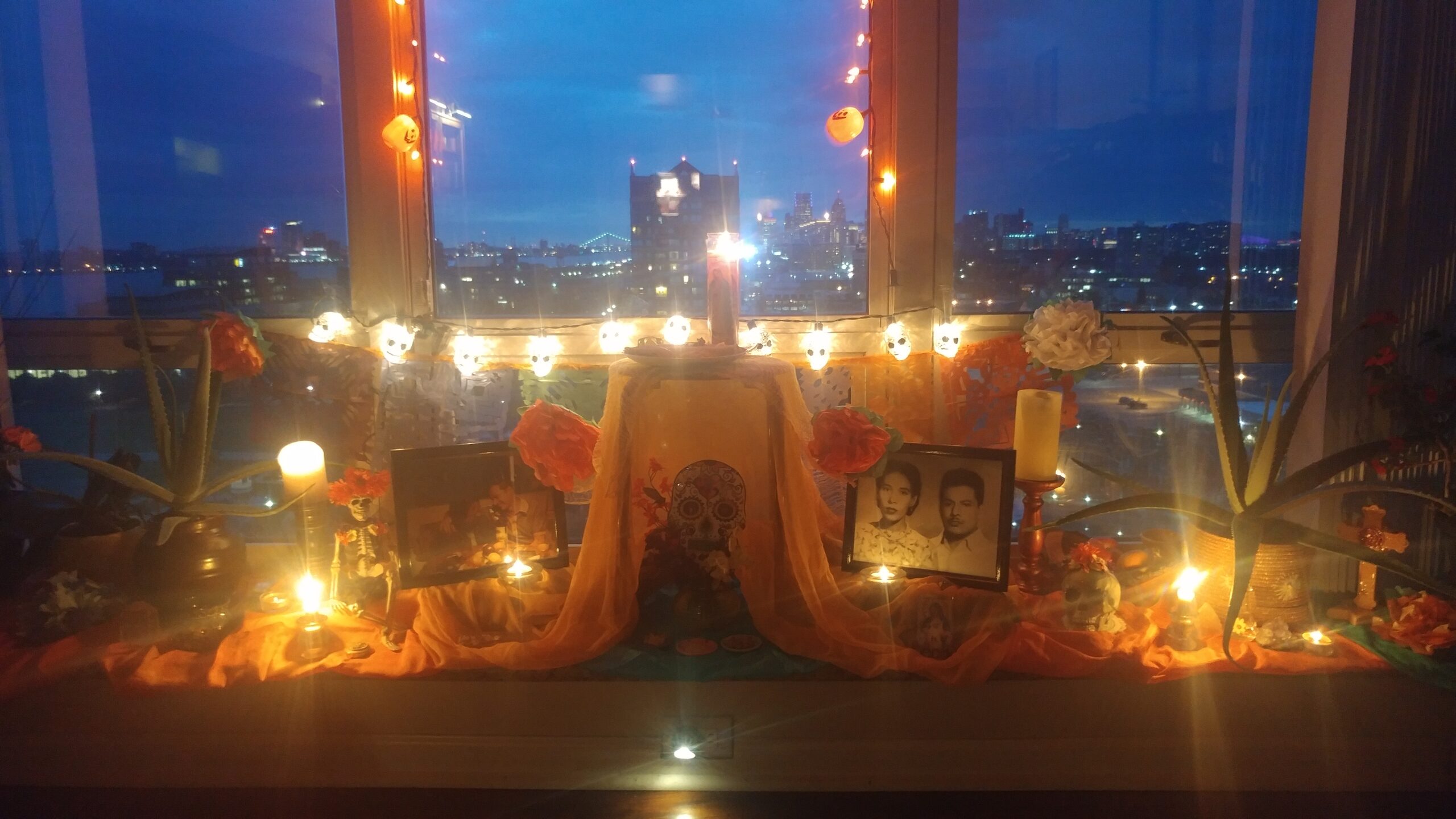 Hallows Eve 2017 finally rolled round, but earlier on in October another preparation was taking place.  It started with a Facebook post soliciting interest in this year’s Detroit Institute of the Arts: La Ofrenda exhibit. La Ofrenda means “the offering” in Spanish and it’s a traditional part to creating an altar to remember our loved ones during the festival of Dia de los Muertos (Day of the Dead). A group called Friend’s on Board, had put out a call for help on a display theme they had decided upon for the DIA’s 2017 exhibit. I responded and connected with the group. 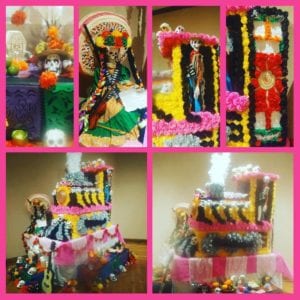 There, I met a group of enthusiastic people who also shared a love for this celebration, its meaning, and significance in our lives. I discovered that we, each in our own way, were bringing our talents and wanting to share it through this project. The creativity was oozing all around and as the process unfolded it revealed gifts of gratitude and love.

Each individual brought a perspective and a unique touch to the finished piece. The thoughts behind the placement, arrangement, assembly, poems, and design were shared generously. Each idea was welcomed, encouraged, and supported along the way. The experience itself gave way to inspiring thoughts on how a group of “strangers” came together and touched each other’s lives which also embodied the same belief in the celebration of Dia de Los Muertos. We were all there to honor and remember past lives of those that marked the lives of others. In this way, we too, were knowingly or unknowingly marking each other’s lives through this creative process. It would live on as it touched other’s lives who would visit the exhibit.

The work went on, tirelessly, and I was surprised at how much energy I had after many hours and a few long days. I could only surmise that the halls that contained all the artists that were busy creating their pieces for display literally gave energy to one another. I shall never forget leaving after a 10 hr day and feeling such an intense joy. It was a feeling that I could not shake nor wanted to. I felt aglow and knew I was radiating something others sensed as they smiled back at me. 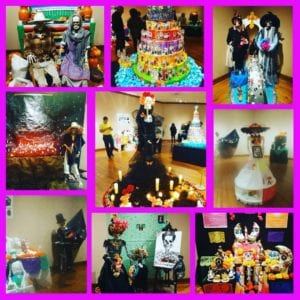 The final day of preparation arrived and as I packed up supplies and walked into the hall to deliver my piece to the display, my eyes popped open. I unknowingly let out a gasp. My heart was filled with a wonder that instantly produced tears of joy. I marveled at the displays, with their finishing touches, transformed, each with their unique Presence, imparting a story, impacting lives. The overwhelming sensations I felt in that moment along with the recognition of how powerful this whole experience was humbled me.

That experience added another layer of depth in my process as I prepared my own altar at home. This year marked new understanding of the relevance of our past loved ones and their blessings in a way that I somehow felt their Presence more profoundly. Perhaps, because I live in the second half of life now and that I’m able to appreciate each day and relish in the creation of the moment. Perhaps, because I have lived enough to have learned the value of living into the moment. Perhaps, because the lives all around me, past, present, and future share moments of Life, I live in, so grand, so mysterious, so unique, all marking the utter magnificence of Life itself. From these experiences, my heart shouts from every rooftop, ” Celebrate Life!”, “Celebra la vida!” … the moments in truly living and giving Life! 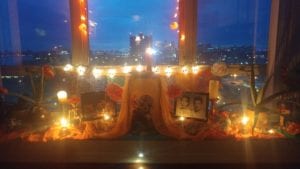